ACTION FOR SEAFARERS
We are launching a social media campaign to highlight the current humanitarian crises and want YOU
to take part! Please send us your videos and the message you wish to tell your Governments. More
information can be found on the campaign poster-infographic below! 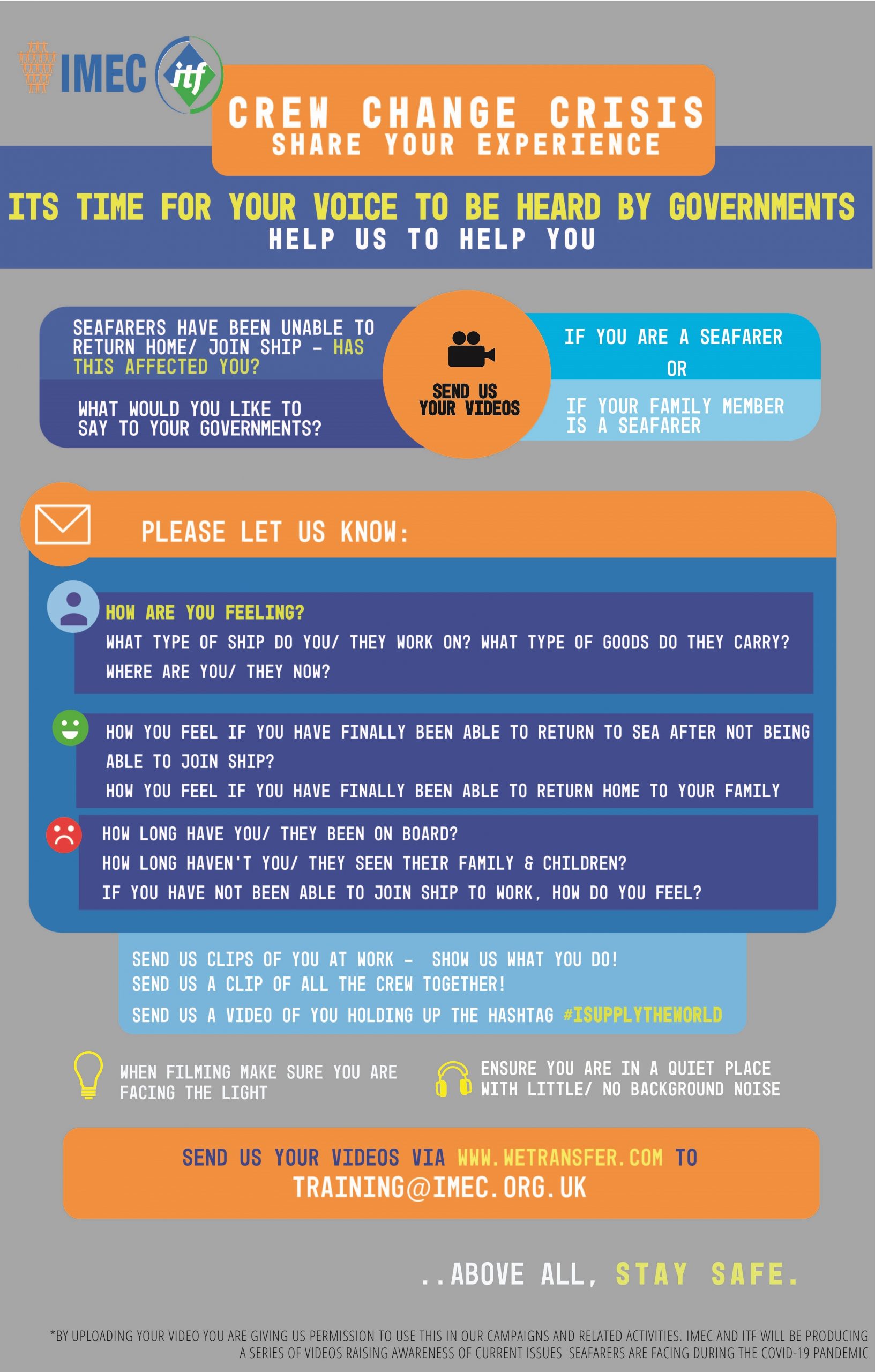 SUS is a legal entity and independent carrier of rights and obligations written in union's Statute, program of acting and other documents. SUS is operating freely in realization of interests and demands of its members in accordance with international conventions. In Slovenia, the SUS has been associated with the Confederation of Trade Unions 90 of Slovenia (KS90) since 2007. The SUS has been affiliated with the International Federation of Transport Workers (ITF) and the European Federation of Transport Workers (ETF) since the establishment of our union in 1990.

In the year 1990 due to political developments in our country, need for new union arised which would replace existing one. For first president was elected Mr. Vladimir Zevnik. In next couple of years he built foundations on which SUS is standing today.

Presidents of SUS from founding:

Throughout the years the trade union fought for the rights of all seafarers, Slovenian and foreign, and this will be our main guide in the future. Currently, the union has about 200 members of various nationalities: Slovenian, Croatian, Serbian, Bosnian, Montenegrin, Russian, Ukrainian and Philippine seafarers.

Seamen's union of Slovenia is standing for protection of rights, assert of interests and struggle for better position of seamen in society. SUS pleads for democracy and freedom and is resolutely against any discrimination regarding color of skin, faith, gender or political conviction.